Sonu, his sister, Sasha, and their friend, Akhil, live a poor lifestyle in India. While Sasha has given her heart to Akhil, he treats her as a close friend and confidant. Times get so tough, that the trio conspire to carry out robberies, and end up doing so – quite successfully, eluding the authorities. When Sashs finds out that Akhil does not love her, she threatens to kill herself and misunderstandings break out between the three. Subsequently, they part ways, and a short time later Sonu is informed that Sasha is dead. Years later, a young woman, Dr. Sri Vidya, enters Sonu’s life and he befriends her and her dad, so much so that he even aids them financially. 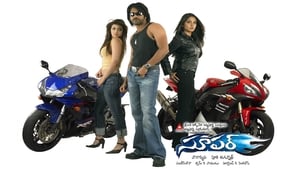 error: Content is protected !!
We use cookies to ensure that we give you the best experience on our website. If you continue to use this site we will assume that you are happy with it.OkPrivacy policy
‹ › ×